What have you added and what does it do? (Alternatively, what have you fixed and how does it work?)

The characters that are mapped for replacement are: "ÃΒÇÐËfĜĤÌĴĶĹmŃÔpqŘŚŢÙΛŴ×ÝŽäΒçđêFğĥïĵķĺMńöPQŕŚ†üνŵXỳž"
Numbers "1234567890" and symbols "!?&." are also mapped, but have not been tested and may not work.
The argument which can use anything from 00 to 99, and can use an optional percent sign, acts as a percentage on how many characters to replace
All arguments after the chance argument are combined and used as <message>.
There are no hard-limits to the values set by the spammer, but a user will get kicked from any server after spamming for some time automatically. I do not know of a way to bypass this, but if there is a way, then it should be an easy fix, as I am currently using the code from sending the .say command.

The command checks to make sure that all arguments are valid and will throw an error that reflects on the issues that the user is having. If the user incorrectly uses the command, the error will help them correct their syntax.
During testing, one bug that has been fixed had appeared, but no others seemed to manifest.

If applicable, add screenshots or videos to help explain your pull request.

Tests of the Spammer on a 1.16.5 Anarchy Server 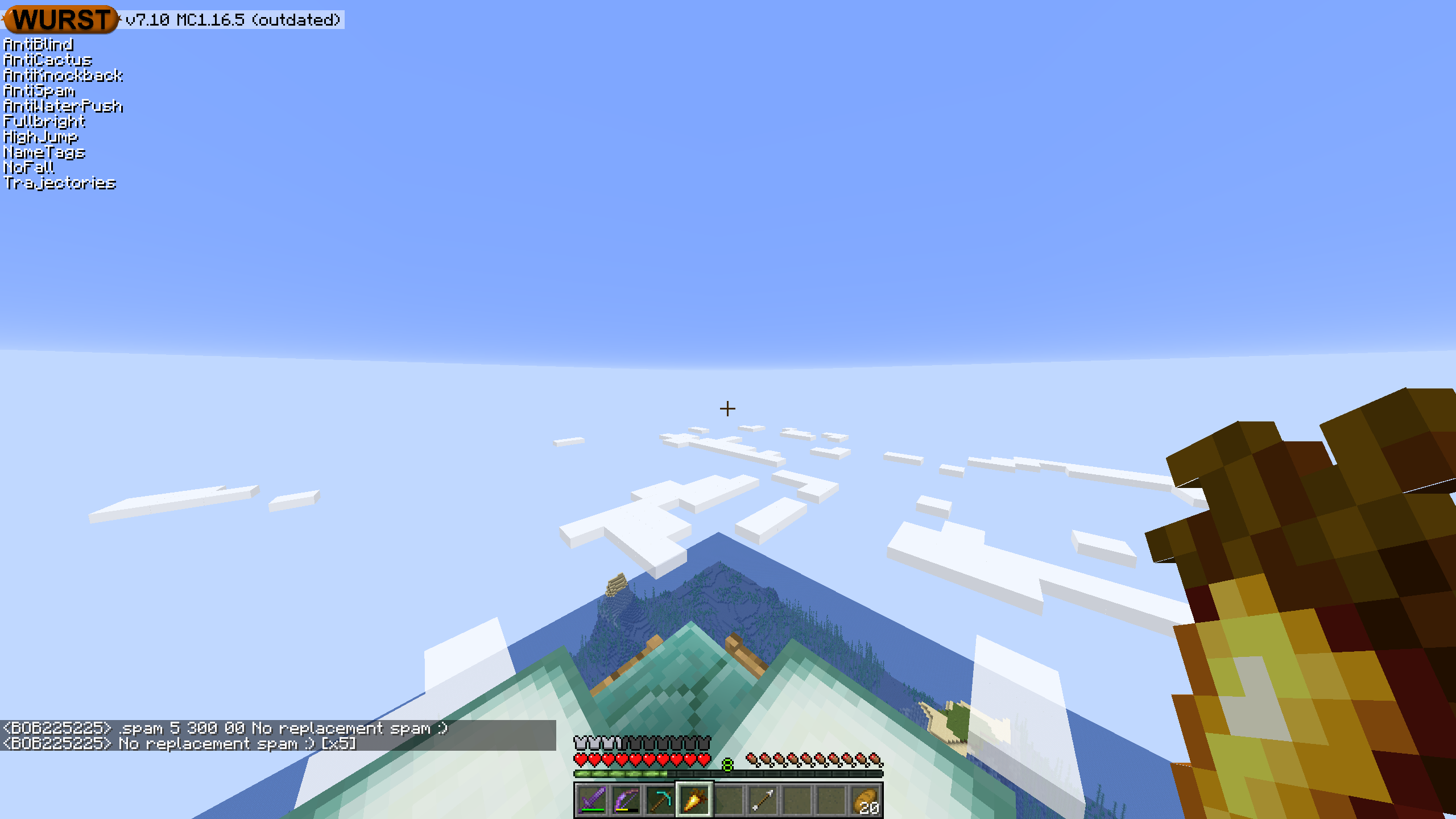 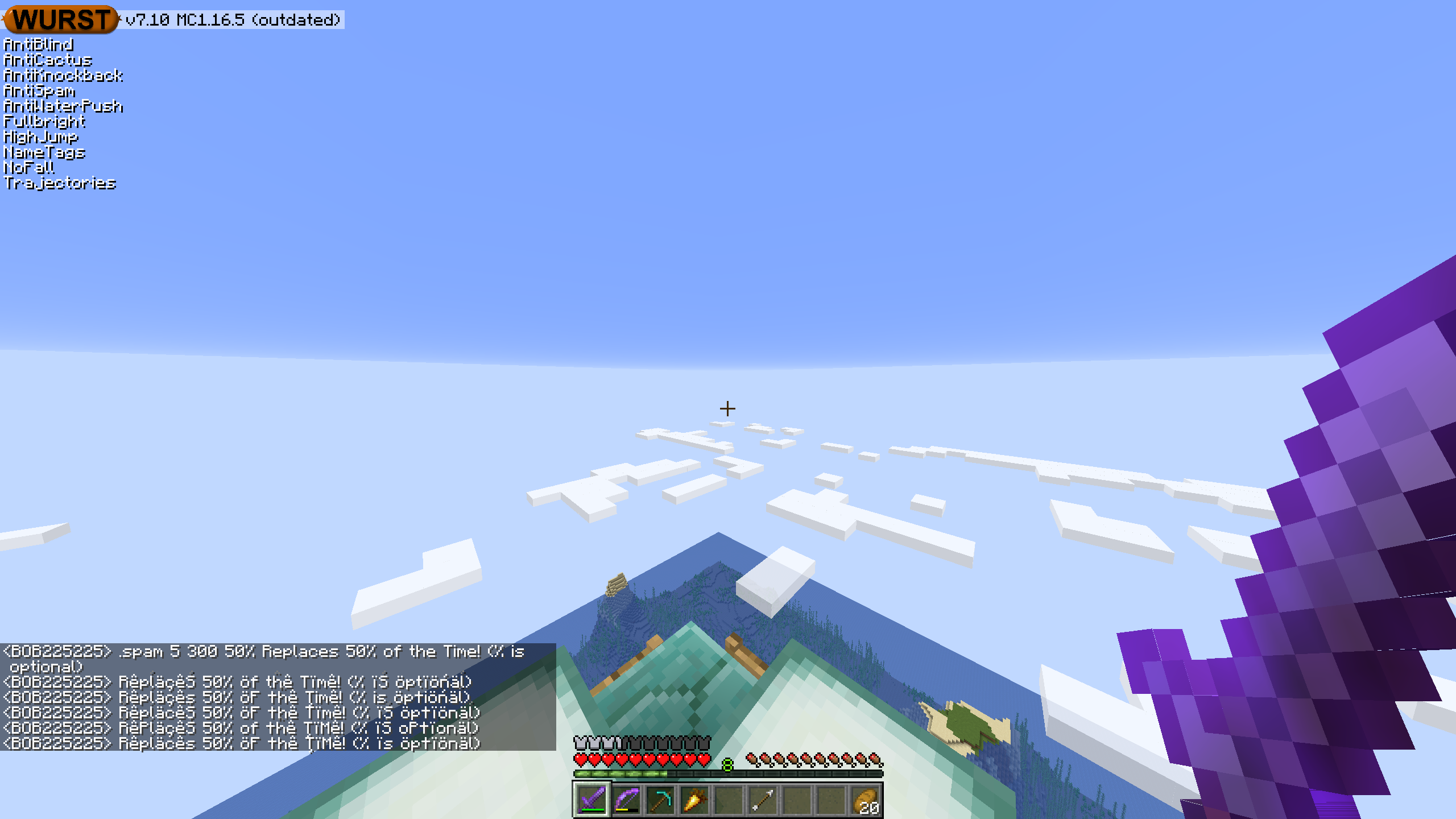 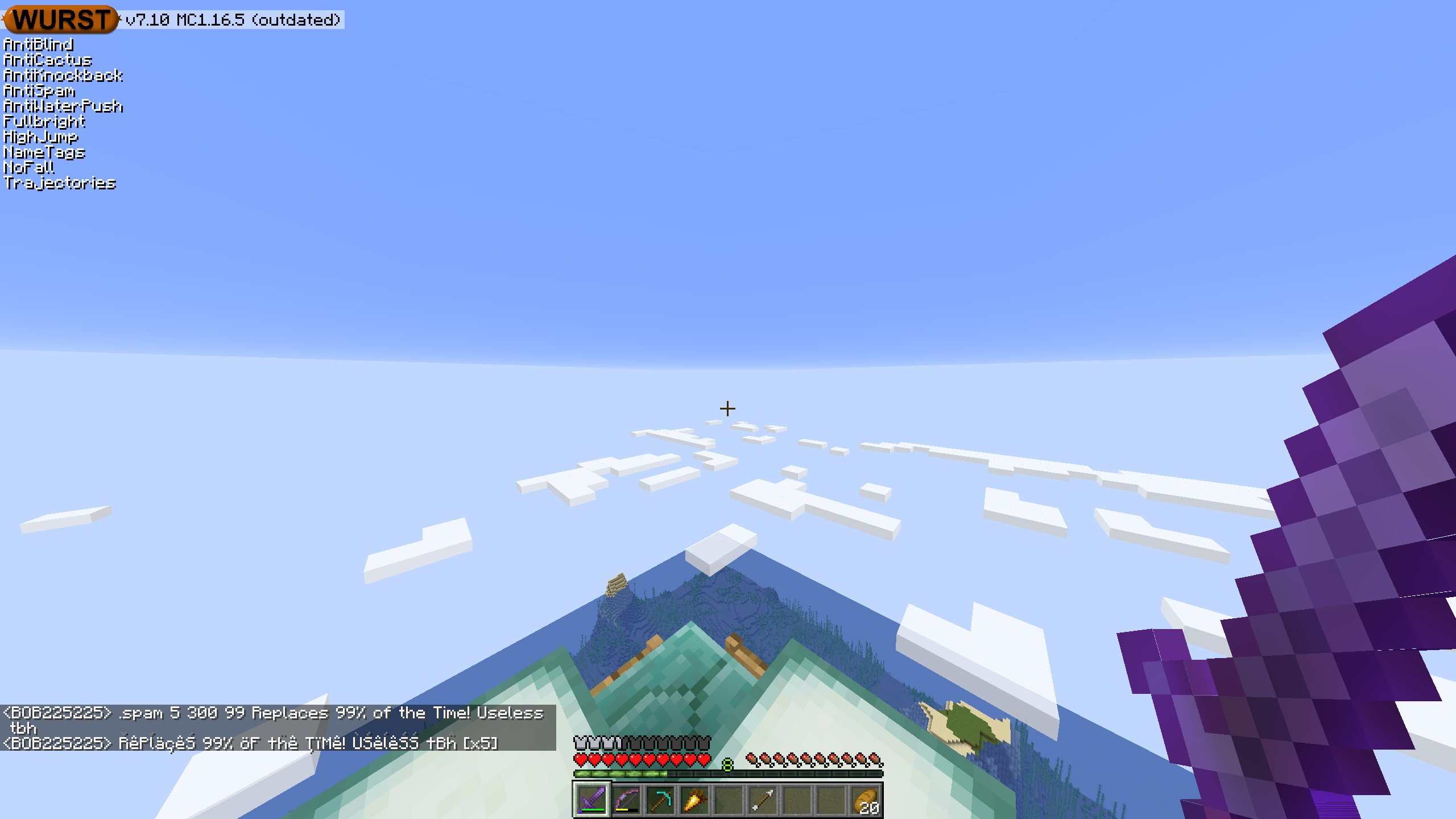 This is a new pull request as the old one was cluttered and had missing and old information that did not reflect the current state of .spam.

Currently, this spammer bypasses client-side AntiSpam. To stop this, I could add functionality to AntiSpam in a later pull, if requested. The new feature would detect if the remapped characters in the first and next message were both the same and would override the new message while keeping the original characters.

Hey when installing this i get :CompileJava and it says ) expected at spamcmd.java:29: " represents the message you want to send. can have spaces in it." <- Im new to this and I dont know if im making a mistake but im just copy and pasting the files. I would appreciate some help Andrew thanks. 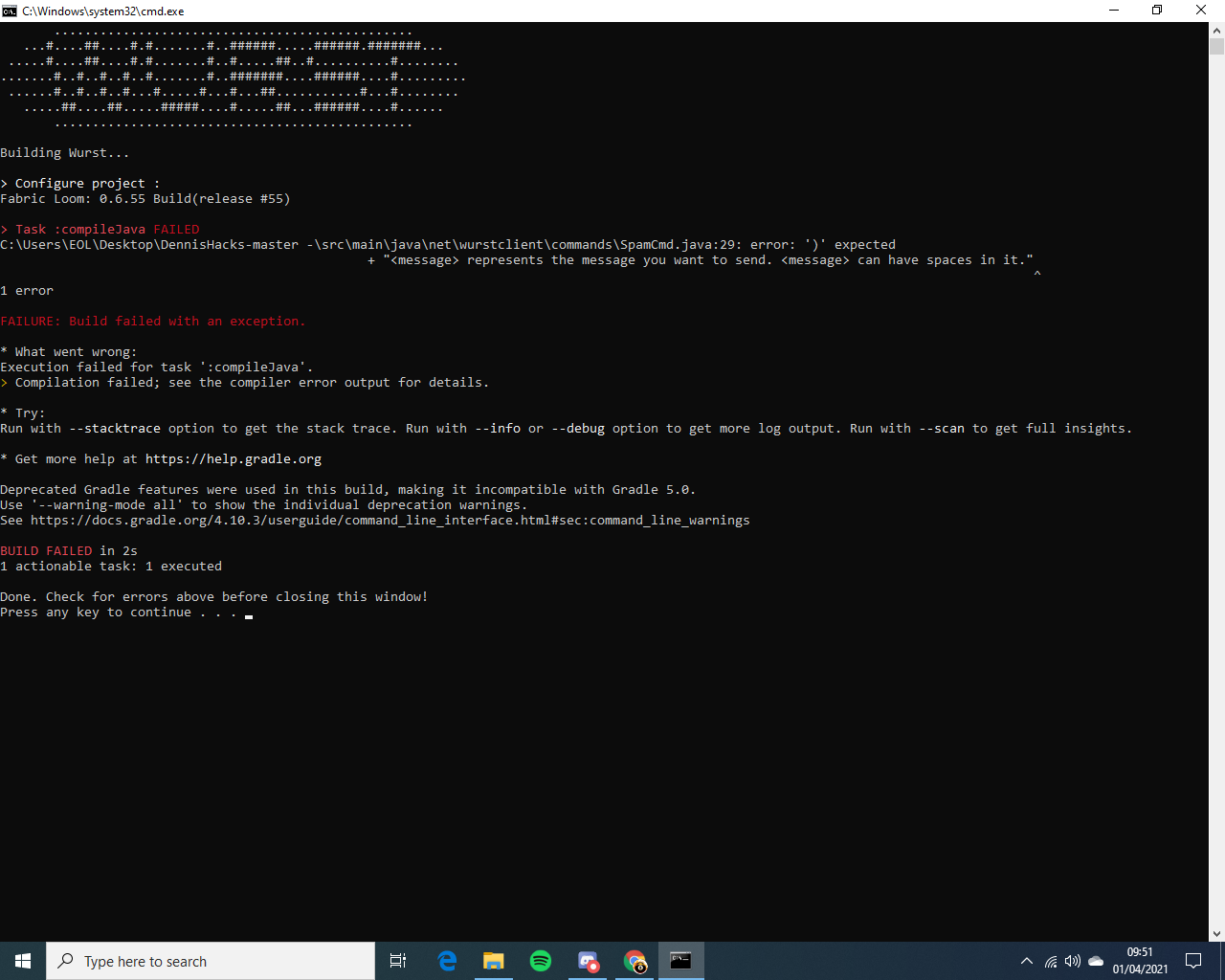 got it working nvm

Hey @nofh428, I don't know what causes the issue you are experiencing, but I also had it, and it fixed itself after a bit. If you know the reason for this, please inform me so I can update it. Please also note that this pull request shouldn't include SitauraCmd, and I need to remove that as I have stopped working on it.